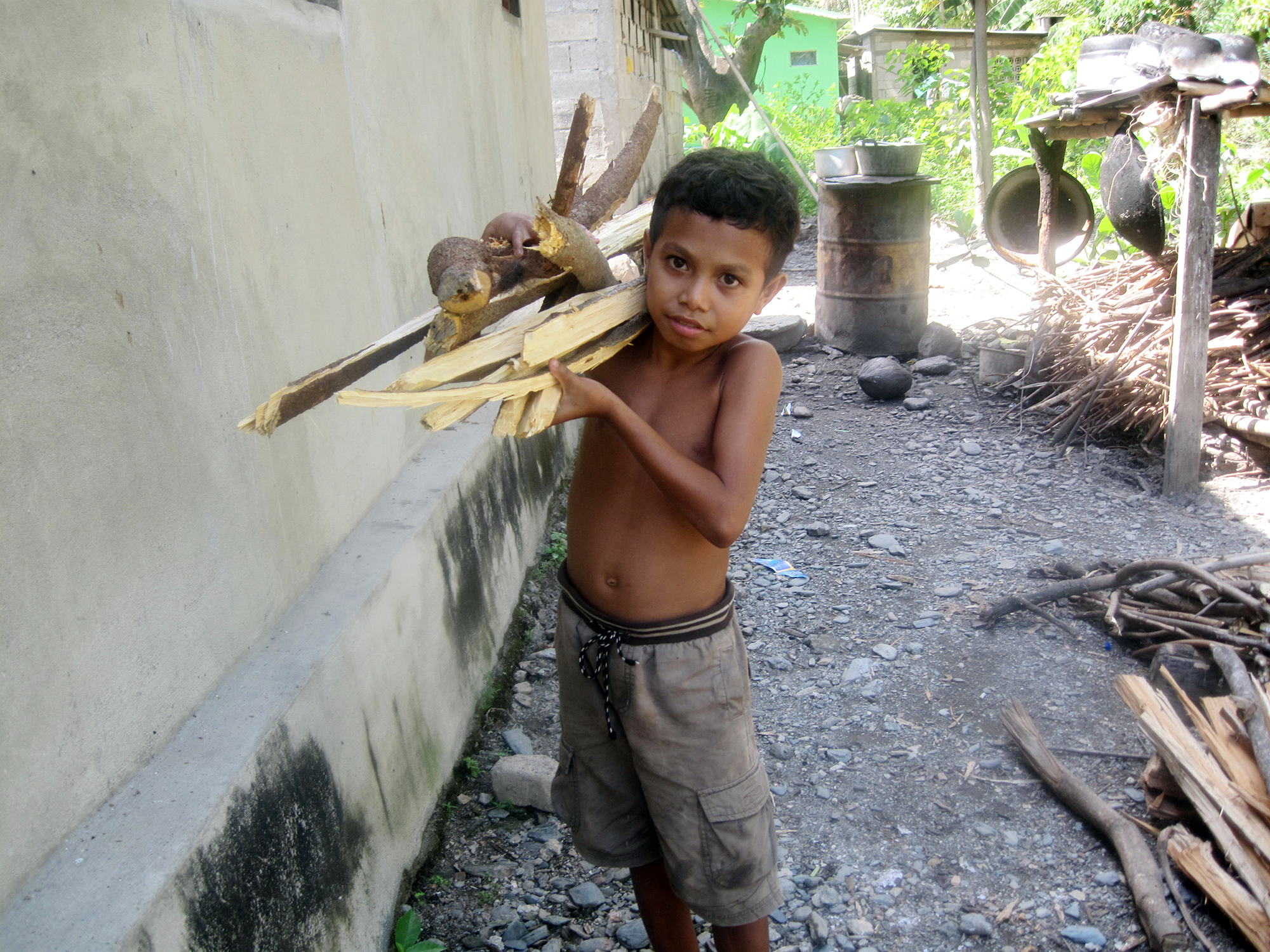 ”My family uses wood to cook and that’s why we have to collect wood to prepare food. My brother Isaias and I collect the wood and my mother cooks for all of us.” 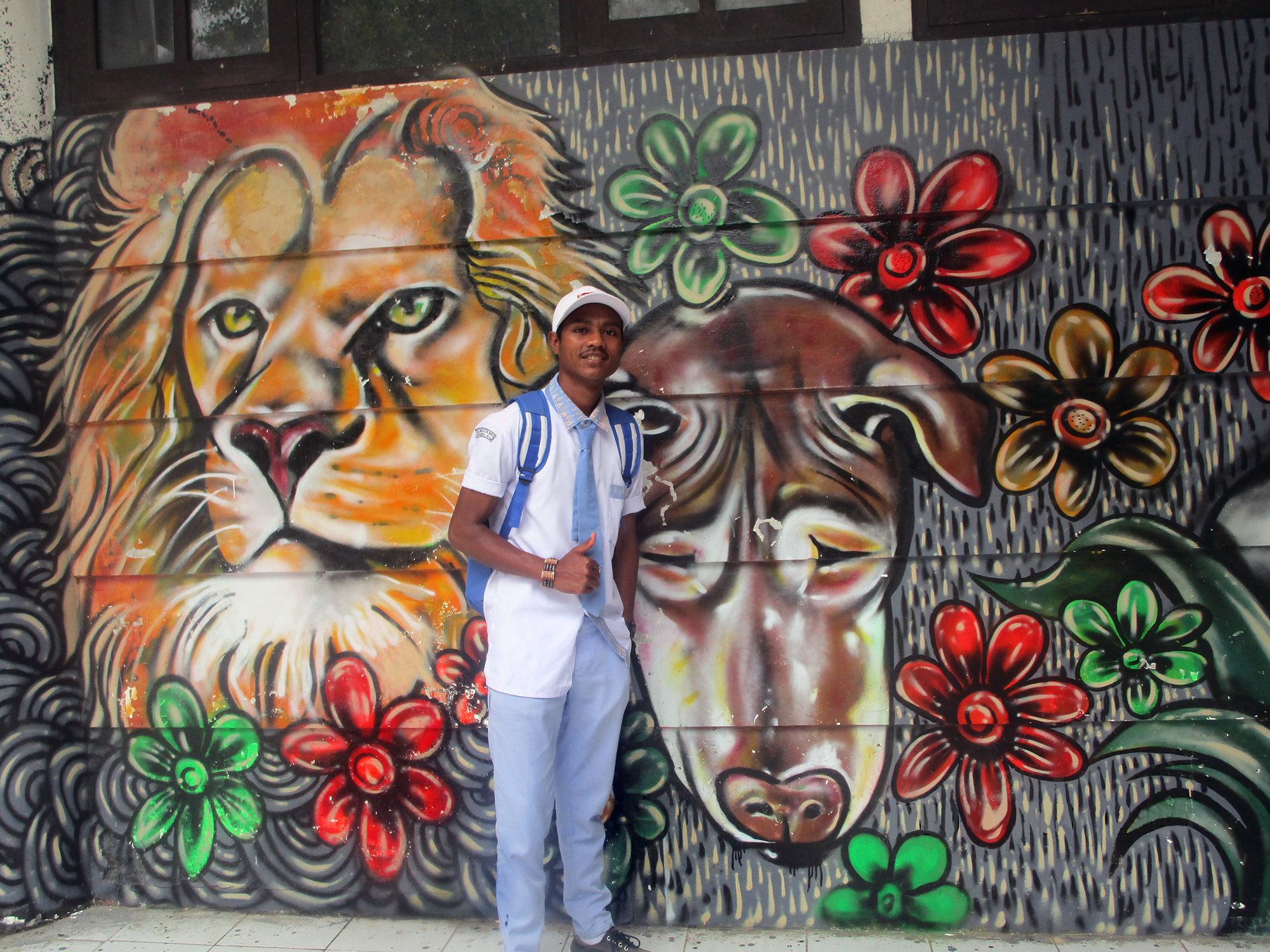 “I really enjoy art. I think lots of people in Timor-Leste like painting, especially young people. Arte Moris is an art collective in Dili. Many Timorese artists create work there. They also teach young people how to create art. I always visit this place in my free time.” 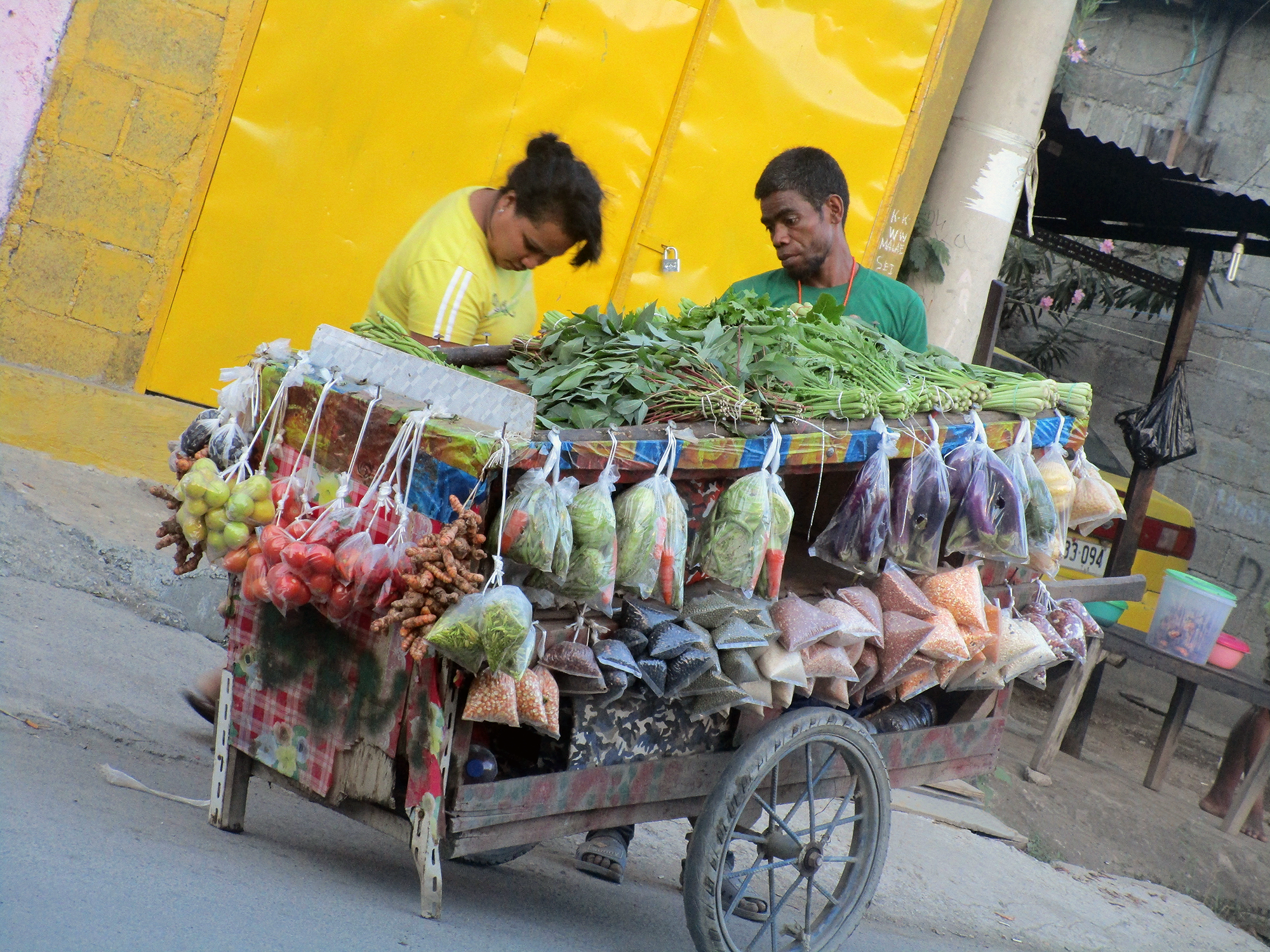 "In the morning, my aunty Atita has to wake up early so she can buy vegetables for lunch. In Timor it is really easy to find people selling vegetables on the road from carts." 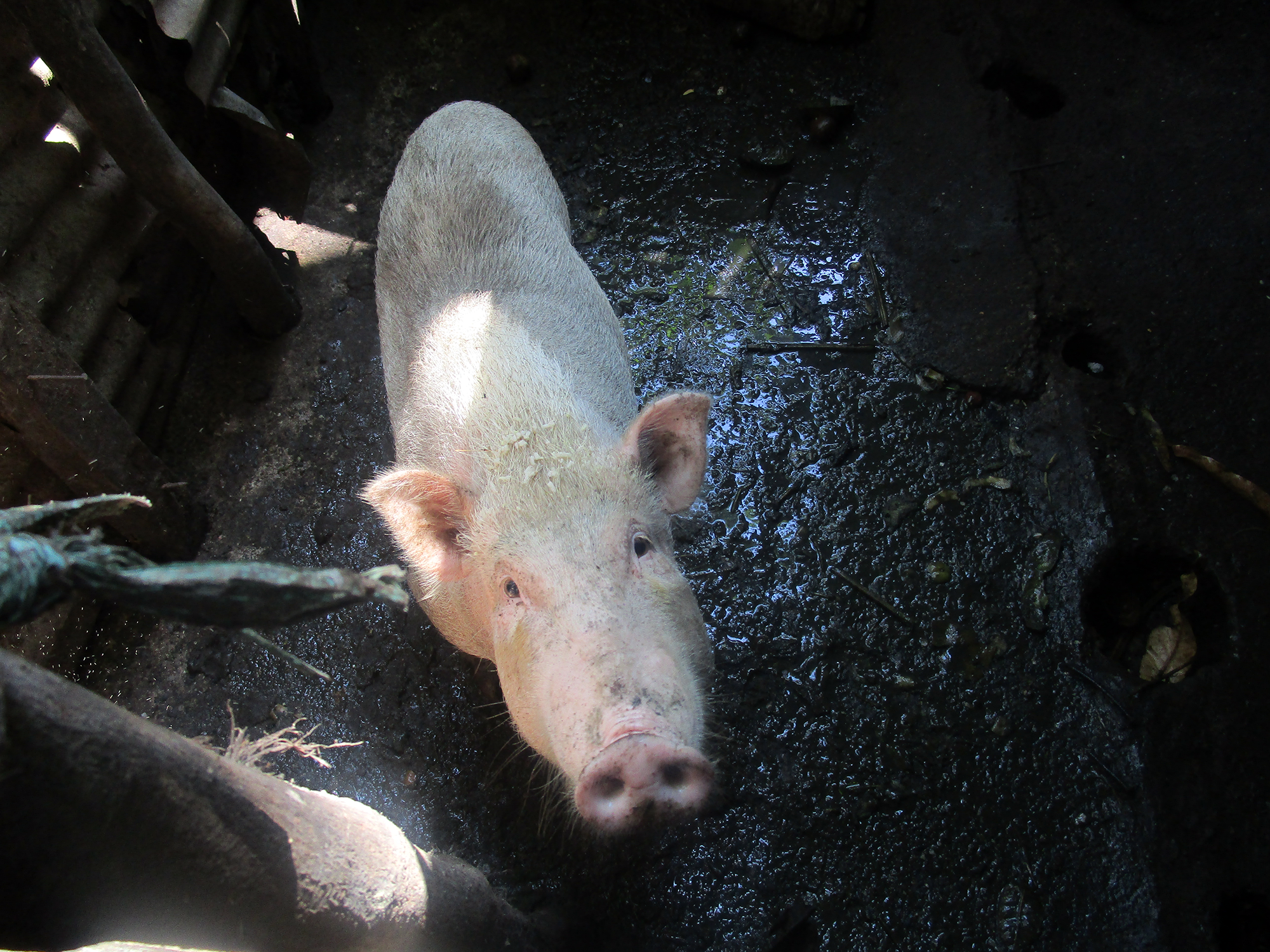 ”My grandparents adore looking after animals. When I visited, I asked them if I could take photos of their pigs. I really wanted to take a photo of an animal. I think animals make great companions for human beings." 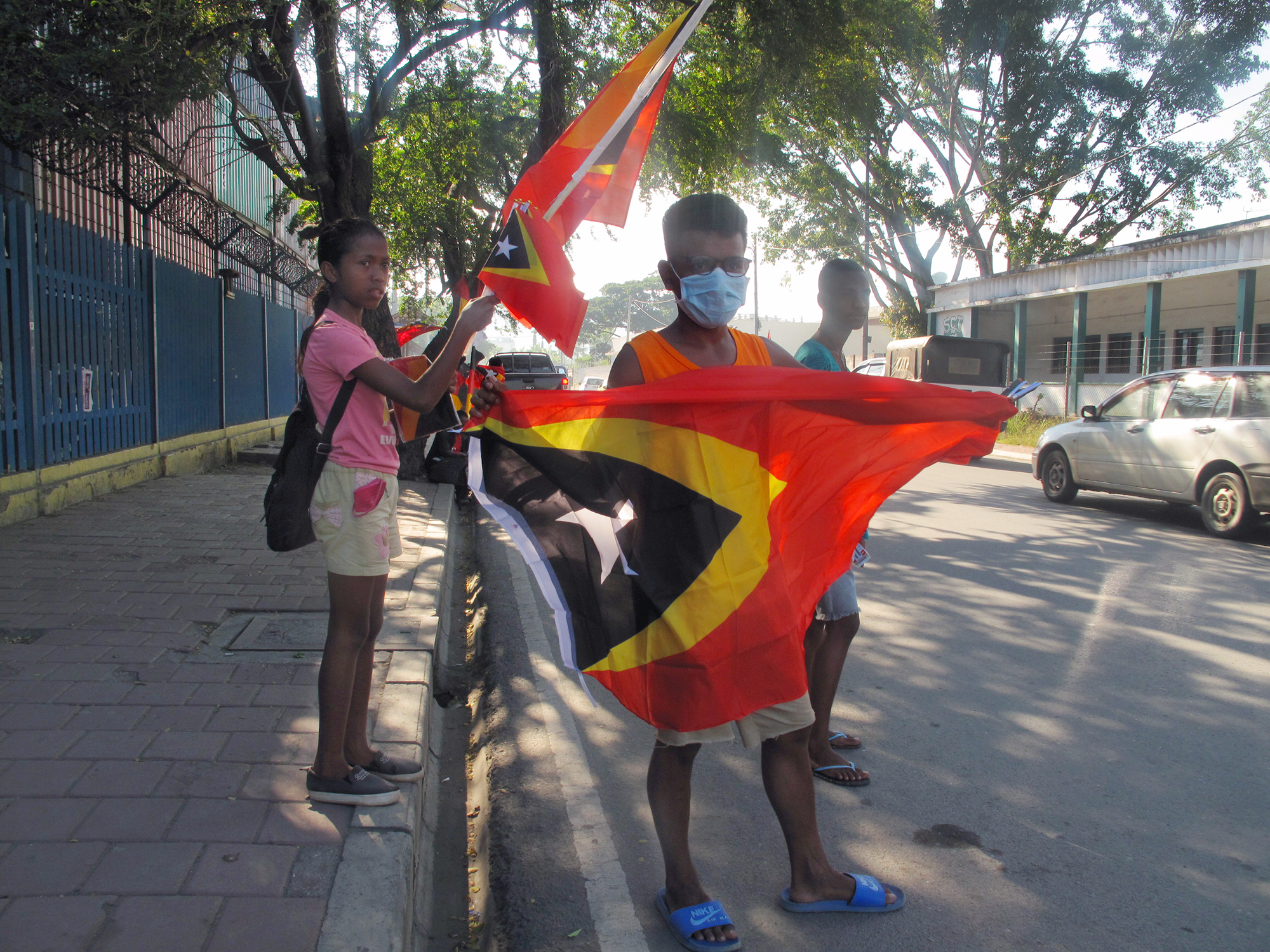 “This photo was taken just before the 20th of May Independence Day. At this time, many people sell Timorese flags on the road. I asked this boy how much money do you earn in a day. He said sometimes he can earn twenty dollars.” 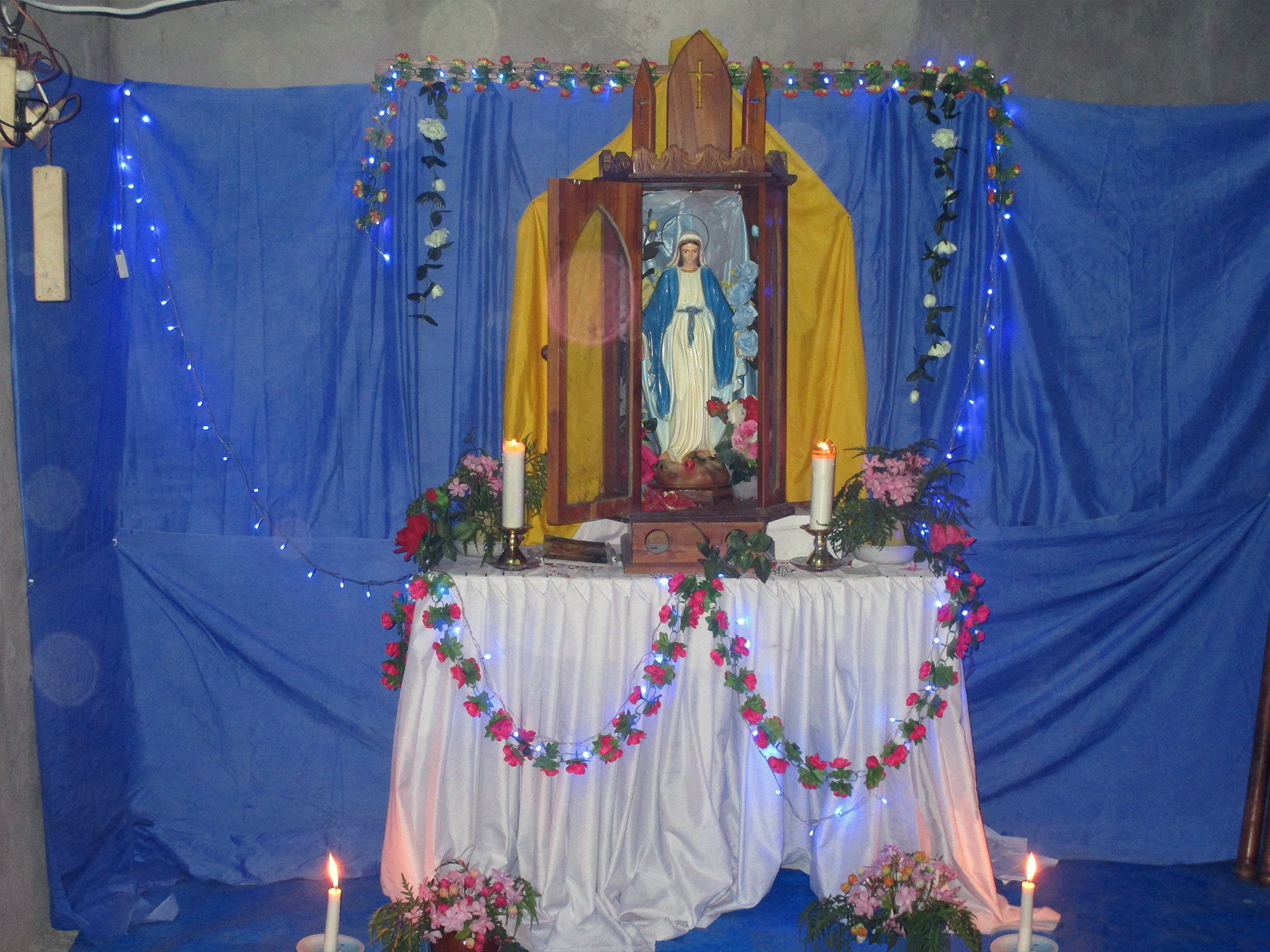 “Every May the Virgin Mary visits homes in Timor-Leste. To symbolise this, many people carry the statue from the local church to different houses in the community each night. Our family worked very hard for the whole day in preparation for her visit to our home.” 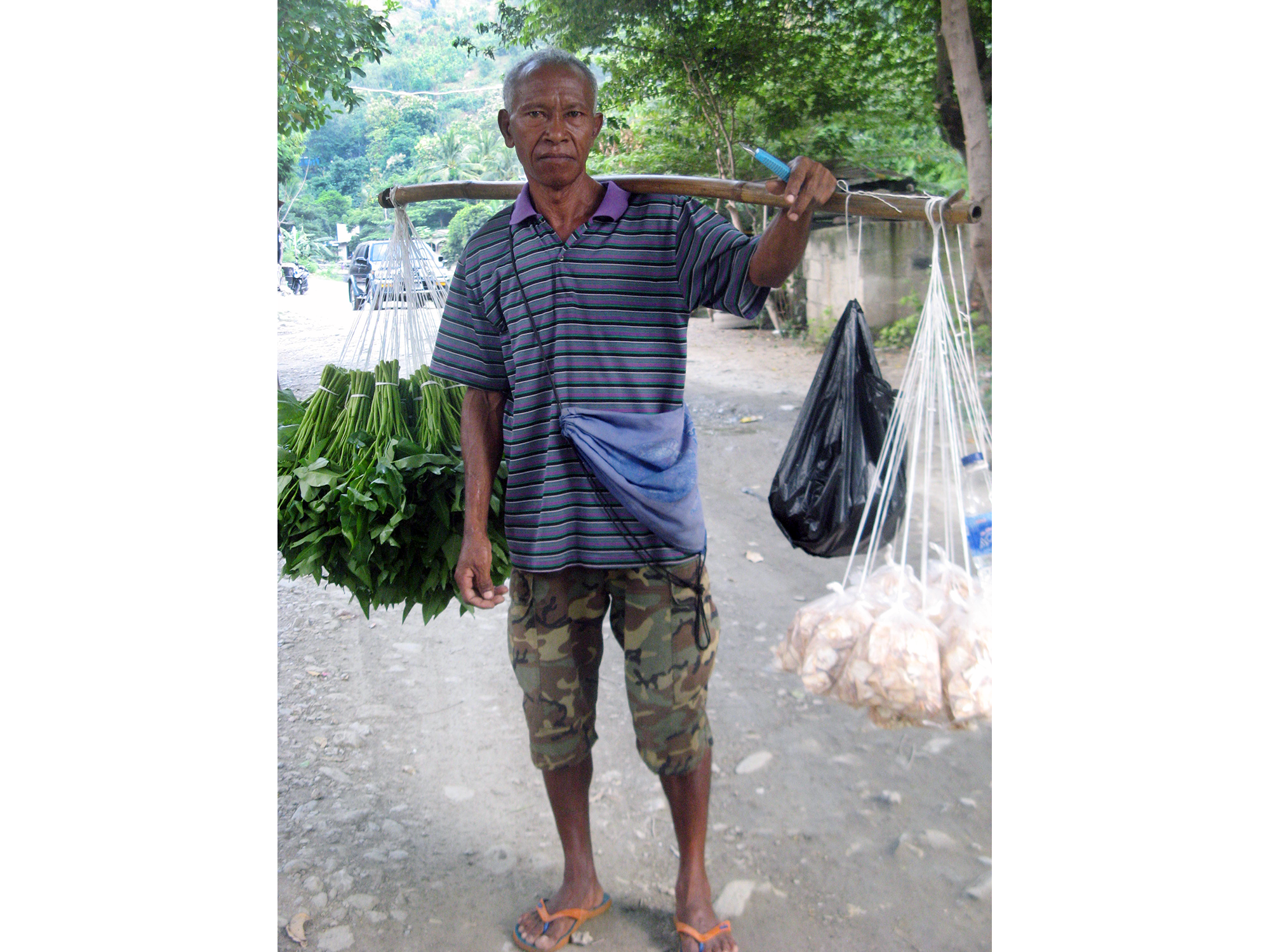 “This grandfather never tires of working so he can support his family and pay for his children’s school fees. His sells vegetables from early morning to late afternoon, carrying them all day on this stick. This is his sacrifice to his family.” 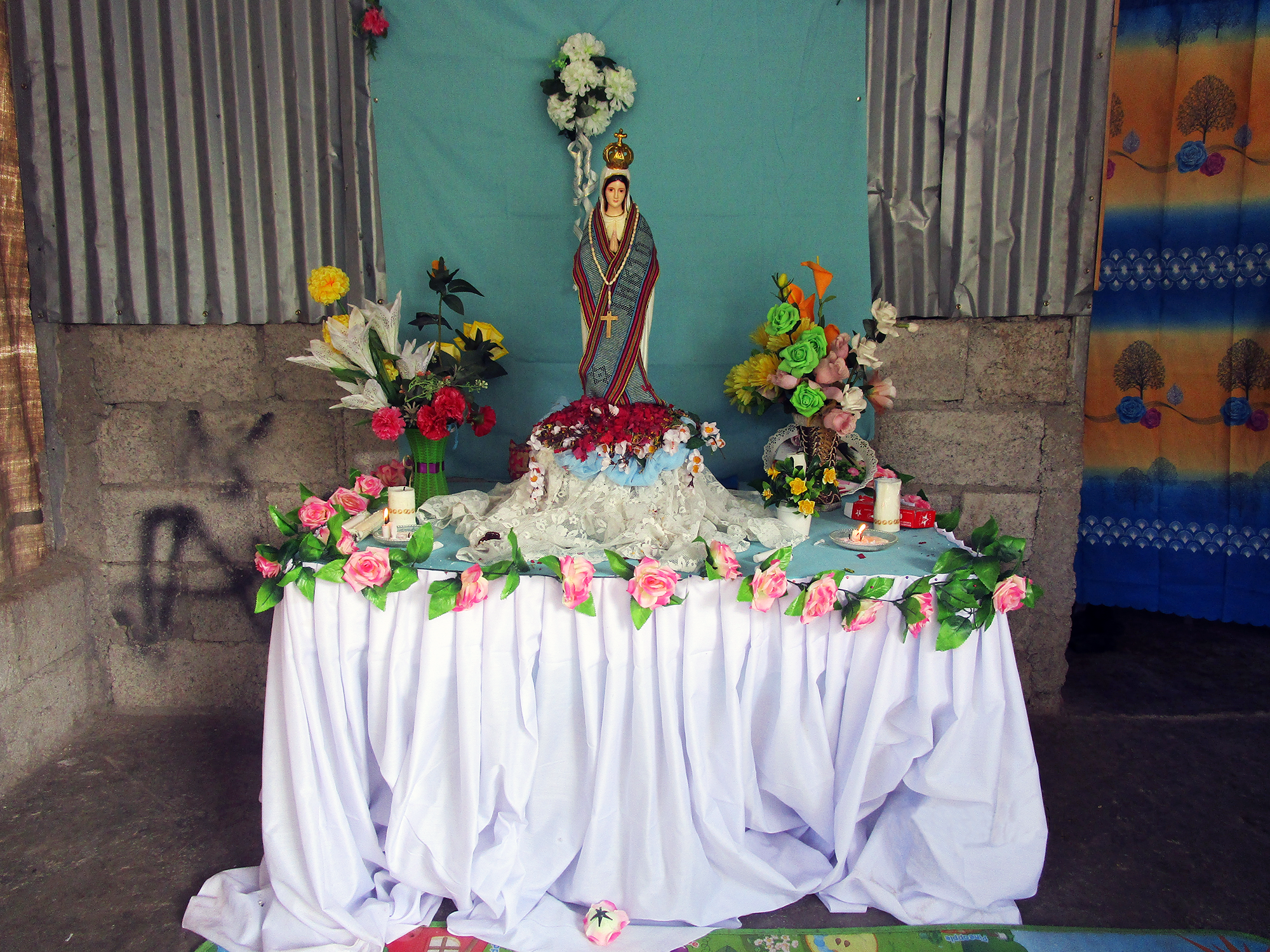 “In Timor, almost ninety eight percent of the population are Catholic. My family prays before we go to sleep. The Catholic religion was brought to our country when the Portuguese colonised Timor in sixteenth Century. It became popular during the war with Indonesia because the Catholic Church saved many people’s lives.” 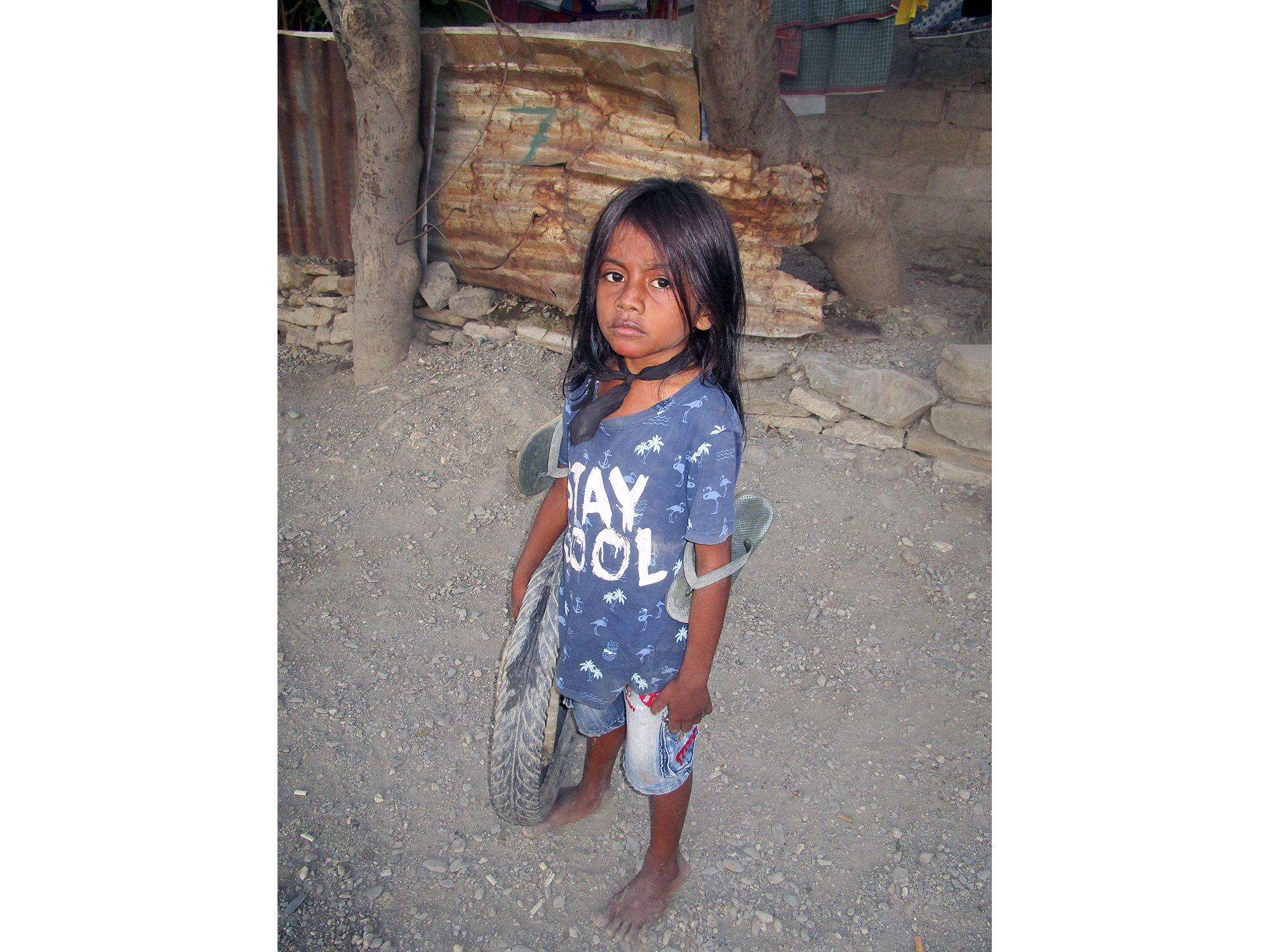 “Yoma always pushes tyres in front of our house. Children collect old tyres to play with in the afternoon. When Yoma plays with tyres, he never wears sandals because he is afraid he might fall.” 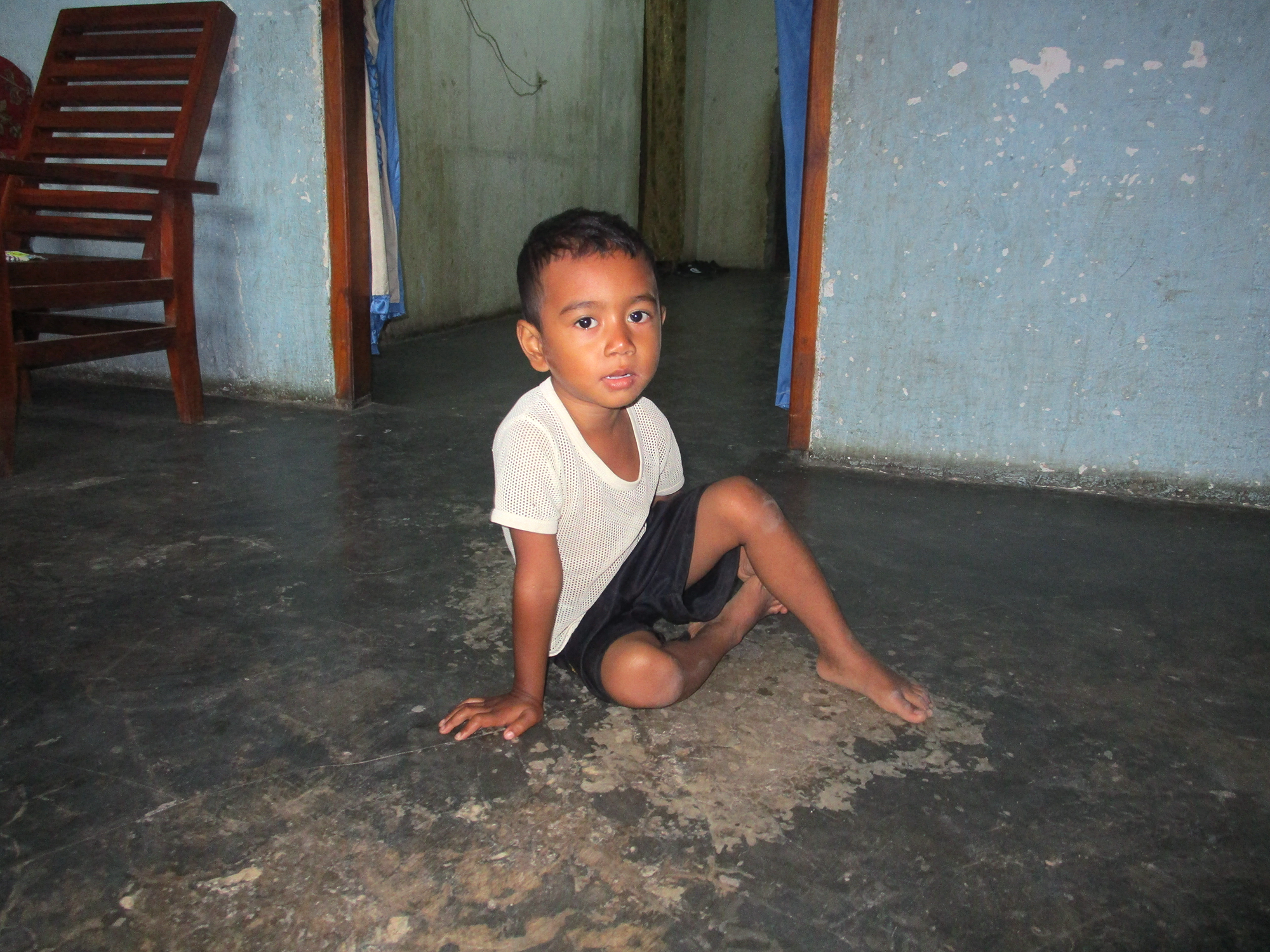 My Brother by Rosalina da Silva

“This is my brother Wilson. Wilson really likes to play soccer and PlayStation. Sometimes I teach Wilson how to write and read. ”

Working on the Farm by Veronica de Sousa Silva

“We work on the farm every Saturday. We are planting vegetables to eat so that when we go to the market, we only need to buy what we cannot plant in our garden. My father teaches me that I need to work hard in order to have food.”